Twitter is not only an excellent tool for marketers, it also helps in making you a better writer.

You can learn all about the latest trends in the industry, the popular hashtags to use, the things people are talking about, and more.

I get it, the 140 character limit might seem a little restrictive for writers, used to long-form content. But Twitter teaches writers to be concise, to-the-point, and clear with their message.

So, without further ado, here are some tips for bloggers and budding businessmen who want to make the most of Twitter,

How to Be a better Writer

For those of you who have active Twitter accounts, you would know that Twitter does not permit you to exceed 140 characters while publishing posts.

So, your content has got to be as crisp and to the point as possible.

Take note that 140 characters do not mean 140 words or 140 letters. It counts all the words, symbols, spaces, punctuation marks, and numbers in your message.

Thus, you must know precisely what you want to tell others effectively.

Writers who are used to writing long posts and descriptions can use Twitter to help them present information in a concise manner. Twitter urges you to improve your vocabulary as a writer

Now, since your thoughts need to be confined to just 140 characters, you are forced to look up your thesaurus for words that are descriptive, short, and impactful.

Twitter encourages you to use verbs in place of adjectives and adverbs, thus making your content more clear and direct.

It could be difficult for you to initially fit in all the information in 140 characters. Twitter forces you to prioritize and rearrange words such that they fall within the character limit.

Twitter marketing is all about brevity. It forces writers to edit and reedit their pieces in a way that best communicates the message.

Editing is an important part of writing. Twitter helps you become a top-notch editor.

The challenge that Twitter presents you with is to construct a powerful post using just 140 characters, such that your followers are forced to act upon your thoughts and “retweet” your post.

Each time you take up the challenge, the editor in you is unleashed, forcing you to write an even better piece.

This is not really related to the 140 character limit, but when you’re required to reduce the content size in your post, you are forced to read your tweet over and over again.

This helps you notice any grammatical errors that you may have previously made.

Also, when you post your content on social media, you know that a lot of people will be reading it.

So you would want to be extra cautious to not make an error of any kind.

Twitter helps the writer understand the audience, And as most of the people on Twitter are either millennials or from Gen X, you can tweak the content accordingly

If you want to be a part of the conversation, you have got to be prompt in your responses.

This forces you to think on your feet.

Spontaneous responses are also often unguarded since there isn’t the luxury to polish your thoughts and present them in a better manner.

This helps your posts be original, authentic, and enjoyable to read.

This way, you can know what clicks with your audience and what is most appealing to them.

Once you know what your readers are looking for, half your job is done!

It becomes way easier for you to produce content that is entertaining and exciting to your target audience.

You can experiment with varied tones, styles, subjects, and voices to observe how well they resonate with your audience.

You are able to find out, at quite an early stage, whether the audience will be intrigued to know about a subject.

Handling rejection on Twitter is also much easier, as not much is at stake.

There is no denying the fact that when someone retweets your interestingly witty post, you instantly beam with pride and confidence.

And who said, that you cannot tell a story in a limited number of words? The art of narrative storytelling is not about the length of the content piece but its impact on the reader.

At times, all that a writer needs is for the audience to validate that he presented content that was worthwhile to read.

The world of Twitter is full of creativity. With several million posts being up each day, you are forced to produce content that stands out.

You get the opportunity to engage with a community of creative thinkers and writers, putting together new ideas and soaking in each others’ creative energies.

If you go on posting about your life and accomplishments on Twitter, you may not get the desired response.

We are on a mission to making online marketing as the most ROI giving option by executing highly effective campaigns on Social Media, Google ads, SEO and Facebook Ads. 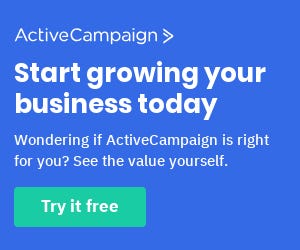 How To Refurbish Your Old Blogs To Get More Traffic?